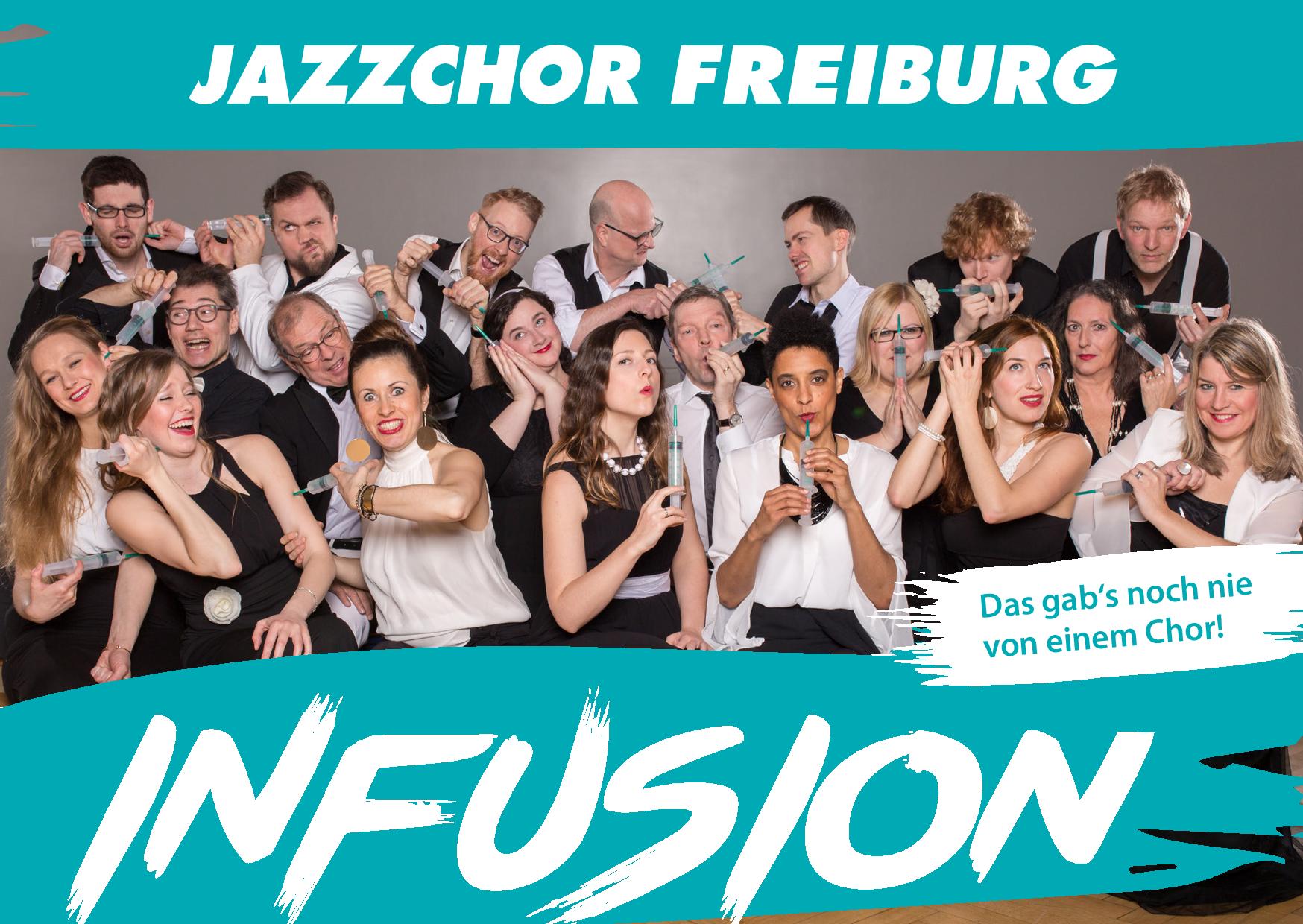 Starting in October 2018 Jazzchor Freiburg presents its new repertoire "Infusion". Is that some hot drink or some sort of flu shot? Neither - but the music is quite healthy, that's for sure: Jazz from the 1970s until today, starting with the era known as Fusion. It starts off with Joe Zawinul, Pat Metheny, Keith Jarrett up to contemporary artists such as E.S.T. and Olivia Trummer. But assuredly: no choir in the world has ever performed this! For the mostly instrumental music had to be provided with lyrics and arranged with great creativity. Perfectly tailored for Jazzchor Freiburg. Doesn't get any newer than that! Jazzchor Freiburg's "Infusion" goes directly under your skin...